Here is an update about all things Collision, UK 2009 .
Due to geographical distance it has not been possible for you guys to collaborate in a way that I first imagined. Not a problem! I have been discussing things with all of you just not at the same time and have attached an updated version of the dossier which contains the latest set of ideas from everyone.
One very important thing is that we have had to change venue!!!
But fear not the dates are the same 22nd Aug and the new venue is just as cool. The main reason for this change is the managers of the last venue recently had some large scale events which attracted a lot of attention from the police and local noise unit. The result of this was The Old Police Station now has a strict policy of closing all events by 11pm which means start kicking folks out at 10.30.
Any of you who have been to a Collision event before know that it is not your typical private view kind of vibes and we felt strongly that a 10.30 finish is too early. So we found this little gem...It's called the Bussey Building, an old Victorian gun factory slap bang in the middle of Peckham high street that now houses a bunch of local artists.
I know quite a few of you had specific plans for parts of the police station but don't worry there are plenty of interesting nooks and crannies that will suit, even a roof terrace with spectacular views over the Peckham Riviera.
Check it out here http://www.peckhamvision.org/wiki/Open_House_Weekend
For those of you who can I would like to arrange a meeting with all of you so you can come and see the venue and chat to each other about your plans. I'll start by suggesting Sun 26th July. I will book a viewing with the Bussey Building people. So let me know.
On last thing.....I need to get all your technical requirements asap! Anything you need let me know.
Look forward to hearing from you all.
We will be featuring filmmaker akajoey's flmwork !
Tom 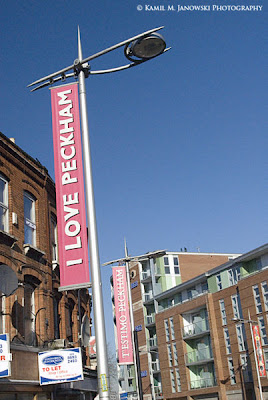 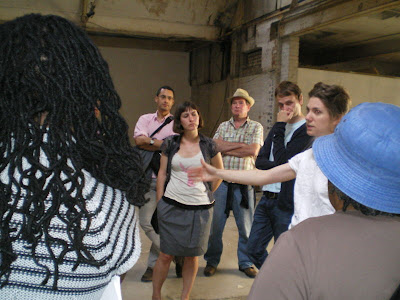