A good piece of art is a successful exploitation of mistakes.


anonymous
Posted by jane public at 7:01 AM

How a painting can inspire a film...

This Image has inspired me. I want to make a very minimalist film soon. One that centers around a static shot of a model. Subtle movements that remind the viewer that they are not experiencing a still photograph. Emphasis on location sound recording, as a backdrop to create an ambient idea of a narrative. I would like to use an analog NAGRA recorder rather than a digital sound recorder. I would like to record sound at night. In the dark. Only company:INSECTS. A RUSTIC CABIN. Please stay tuned... 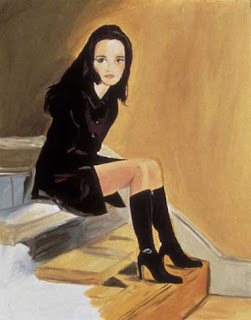 Film and Photography as a means of "documentation"

There is a growing interest in the commerce of photography and its reception as an index to larger political, economic, and social issues. Recent research and writing about photography focuses on the politics of representation, the markings of difference inflected by gender and class, and the social conditions of reception. Perceptions are filtered through the lens of theory and writing about photography encoded in the language of the New Art History.

The books by Molly Nesbit and Elizabeth Ann McCauley grow out of extensive, if not exhaustive, research. Their interest in the commerce of photography in the mid-19th to early 20th century has led them to recover an important body of material which might otherwise have been overlooked. The footnotes, appendixes, and extensive bibliographies are essential sources and references of great use and interest to anyone working in the history of photography. McCauley's research is prodigious: in the appendixes she registers commercial photographers, their addresses, and their years of operation during the period 1848-71. Charts in the body of the text give the number of employees per establishment and their total sales. Nesbit provides the captions and numbers indicated on Atget's negatives, records his sales to Paris institutions from 1898 to 1928, and lists his clients, classified by profession. The images from the seven albums are reproduced in small-scale duotones.

Since the exhibition of Eugene Atget's work at the Museum of Modem Art in 1981 and its catalogue by John Szarkowski and Maria Morris Hambourg, there have been profound changes in the discourse on photography. Atget's individual perceptions, choices, and aesthetic were foregrounded in the MoMA catalogue; theory as such was not at issue. Szarkowski noted: "No philosophic rubric will lead the photographer to an image that describes a new subject; at best it will tell him when he has arrived at his own proper hunting ground." He observed that "in the last decade, mythic Atget was replaced with an historical one."(1) "Mythic Atget" refers above all to the view of Berenice Abbott, who bought his archive in 1927 and wrote the first biography.(2) Now, with Nesbit's study, we have a thoroughly theorized Atget, seen through the ideologies of "difference."

Nesbit radically reinterprets Atget, taking issue with the prevailing view of his oeuvre as a unity of artistic accomplishment. She cites Clement Greenberg and John Szarkowski as the principal proponents of this seamless praise of Atget's work as great art. Nesbit is more aligned with the contrary view advanced by Rosalind Krauss, who argued that the numbers marked on his negatives are not clues as to how his work constitutes an artist's "oeuvre" but rather are the workings of a documentary photographer.(3) Nesbit makes much of Atget's words to Man Ray, that his photographs are "simply documents I make" -- not art. This position is central to her argument. She regards Atget's photographs as "commodity pictures," following Marx's definition of commodity, and as "satisfying man's need through their [the documents'] play between sign, knowledge, and vision".

The reduction of the history of photography to discourse has curiously led in Nesbit's study to the drawing of sharp distinctions between documents and art, aligning photography with knowledge rather than aesthetic form. But does the distinction really hold between art and document? Must one discount knowledge from the range and concern of art? Nesbit does not actually write about what of photography she might consider as art. Documents, on the other hand, are defined by their exchange value, and their identity lies in the "technical signs" they contain which refer to "a culture of work." Nesbit likens the document maker to a worker in the field and partakes in that aspect of critical theory that discounts the notion of the artist.(4) The section, "The Author," draws the distinction between the form of personal engagement of the document maker and that of the artist. Atget becomes an auteur-editeur through the seven albums he composed of his photographs. Nesbit charts his course from the photographer working for clients both public and private to his increasingly critical and political subversion of the topoi of picturesque Paris. The complexity of Atget's practice is presented, and we become aware of him as a determined conscience of the changing urban scene.

love,
aka me xo 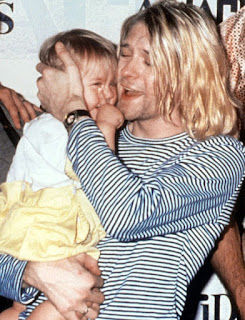