A trial/test reading of a new work that will be read in various OPEN READINGS in NYC.

The poet speaks of silence. 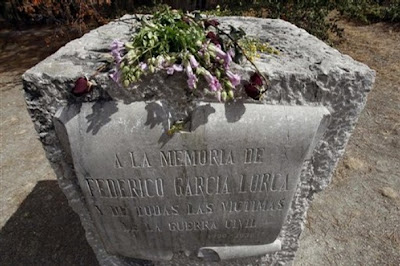 So, here I am again. on the BLOG machine for my faithful loyal readers (i.e. me, myself and i)

Last nite I met a poet at a cinema cafe to discuss making a new film. I witnessed this poet on Open mike nite at the Cornelia Cafe and was inspired and moved by a poem read titled, "Woodcutters'. it immediately made me sad, romantically suicidal, and cinematically moved. it clicked right then and there and one voice inside my head said to another voice inside my head:

"hey joey, you just finished making a film about a ballet dancer. Good job. You made a film about that college girl who went missing. c'mon joey, smell the coffee! You MUST make your next movie about poetry! You MUST try one last time to prove the critics wrong and show everybody just how soft your marshmellow heart can really be. DO IT! introduce yourself to Ms. Woodcutter and put her into your next docu-fessional and give her the privaledge to mimic your own wrestless issues".
"OK. OK". said the other voice. "Stop yelling at me! Damn, you are so domineering. I will. relax. Geez."

So we met. She is into astrology and wanted to know what time I was born, and the month ( i then called my mother in Florida and learned it was at 2am. I hung up my cellphone call and kept talking to the poet lady again) The poet said that she writes alone and at dawn in her quiet kitchen daily with a Virgin Mary candle lit. She explained to me that she healed a cherry tree by the Hudson river by transferring energy into it (and promised me that this river is not as gross as I feel it is). She admires poets Lorca and Wright, and told me Lorca was shot by a firing squad during the Spanish Civil War (hummmm, maybe I will include a shooting in the film, we'll see). She said I reminded her of a woman friend who is NOT a poet. She asked me if she reminded me of anyone, I said yes...MY MOTHER. She said I was funny and called me a "Wild Card". that will stick to me till the day I drop dead. I have never been called a Wild Card. I thought I was a simple person who doesn't go out of the house that much. After she left and we agreed to a second meeting to discuss our film, a film in which she claims should include "silence" (i agree!), I saw another person. A person who has known me for years. I told this person that I was told I was a "Wild Card". This person agreed. Then told me, "has anyone ever told you that you act and talk just like Heath Ledger in that Joker movie thing he just did?" I said, yeah. about 5 times, including my sister who never calls me called me the nite she saw it to tell me that.

Long story short. I am making a film about poetry. I was called a "wild card". I guess Heath Ledger's Joker character was a "wild" card. And now he's DEAD. Wow. and GOLLY. What an interesting way to begin to process of making a movie about poetry. JOKERS WILD. But then this third voice pops up inside my head and reminds me of the embarrassing truth, "JOEY SHUT UP. YOU DON't KNOW HOW TO PLAY CARDS. ONLY MONOPOLY".

lord have mercy on me. And all three of us.

love,
akame
Posted by jane public at 5:41 AM 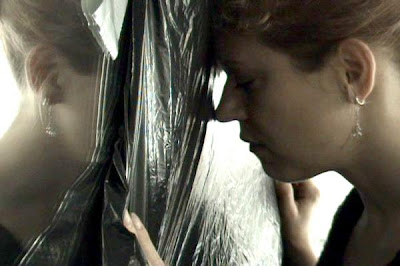 Continuing in the tradition of the Invisible Film Series, the New Vision Cinema Series presents a broad range of film and videos from an equally-diverse selection of cineastes. Founded in 2000 by Jennifer MacMillan as the Invisible Film Series, the New Vision Cinema Series has endeavored to showcase the talents of some of the finest local (and sometimes, not-so- local) independent film and video talents of the Greater New York City area. Since its inception, the series has shown works of such notables as Stan Brakhage, Mike Kuchar, Nick Zedd, Jennifer Reeves, and Bradley Eros. With the departure of Ms. MacMillan from its fold (a hard act to follow), the series has been under the sole curatorship of its former co-curator, Michael Park.

New Vision is now proud to announce the addition of its newest venue, the Haven Art Gallery in the Bronx!

Showing in this installment:

1. OBAR by Taylor Dunne (12.5 min): to this day, there still are ghost towns
generated in america.
2. THE CITY WAS BORN by Drew and the Medicinal Pen (5 min): innovative
music video that explores further our great american countryside.
3. AIRWAVE: THE CIRCLE OF GNOMES by Sophia Peer (2 min): another
music video that cuts across the countryside at an even-more-frenetic pace.
4. DAME DARCY: A FILM PORTRAIT by Joel Schlemowitz (4.5 min): we slow
the pace back down a bit to examine an experimental portrait of this
lovely figure in the world of the avant garde.
5. THE TEAT BEAT OF SEX, EPISODES 1-4 & 8-11 by Signe Baumane (11 min):
another great new woman of the avant garde (this time, an animator), presents
to you her early exploits into the realm of sex.
6. STICKERS by Daniel Maldonado (16.5 min): another exploration into childhood
exploits, this time of a more-sinister nature.
7. NICE PEOPLE by aka Joey (26.5 min): the sinister side of childhood again
explored, this time from the perspective of parental pressures leading to
bulimia and far worse.
8. PAINLESS by Sridar Ranganath (20.5 min): life's pressures in general can
lead to drastic measures, can't they?
9. THE DROWN: HOMAGE by Amy Leonard (4 min): as a relief from all this
glumness, we present to you this film noir romance set to a rock video.
10. MILIEU by Dmitry Torgovitsky (17 min): and to top off our show, a questionable
romance set amidst modern-day yakuza clans.

Directions to the Haven Art Gallery:
Take the 6 train to 3rd Ave./138th St.
Take the staircase marked Alexander Avenue.
Once on the street, take a right (walking south) and go about 3 blocks to Bruckner Blvd.
Once at Bruckner Blvd., cross the street and make a left.
Go half a block.
Gallery will be on your right (south side of street), 50 Bruckner Blvd. Bldg. A
Posted by jane public at 12:06 PM

The Ups and Downs of the CROSS

Creating. Making. Being an artist IS a cross to bare. And don't anyone ever try to convince otherwise.

There is absolutely nothing PRETTY about being an artist. I only embraced that "title" (i.e. artist) and that self-definition within the past decade as my only real available option to be able to fit into within some crevice of the human race. Yes, there are moments of creative excitement during the "process" stages of a work, and especially after the completion of a work. But the IN BETWEENS are ruthless. IN BETWEEN WHAT, YOU WONDER? -

Long story short (or should I say long Blog short) being an artist is a curse.
And a blessing. It is a cross to carry, and a very heavy one I must say.
Trust me, this is a Blog and Blogs are meant to be honest.

A quote for the day from ME. 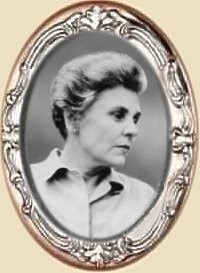 The art of losing isn't hard to master;
so many things seem filled with the intent
to be lost that their loss is no disaster.


Elizabeth Bishop
Posted by jane public at 8:50 AM