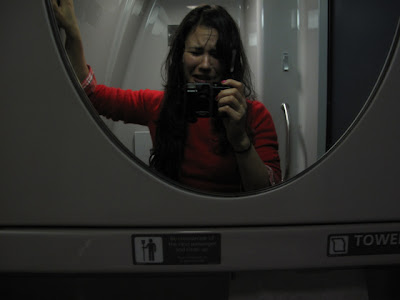 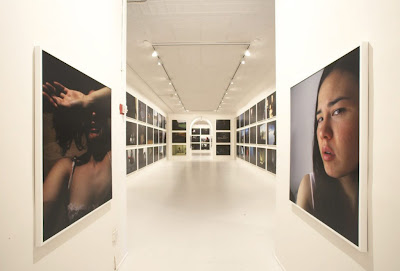 click on this link for exhibition info: http://www.nakadate.net/
Laurel Nakadate is known for her works in video, photography, and feature-length film. This is Nakadate's first large-scale museum exhibition and will feature works made over the last ten years in all three media, including her early video works, in which she was invited into the homes of anonymous people to dance and pose in their kitchens, bedrooms, and living rooms.
365 Days: A Catalogue of Tears documents a year-long performance in which the artist
photographed herself weeping each day. In January 2010 issue of Artforum Jeffrey Kastner
wrote, "Dangerously smart, dangerously bold (and frequently just plain dangerous), Nakadate has built an indelible body of work around her provocative investigations of psychosexual identity and female power. She seems like the bastard child of that underground film genius Jane Public...but only God knows that for sure. For my own sake alone, I stand in awe"
Posted by jane public at 4:18 AM

Software for communication with those who are Hearing Impaired 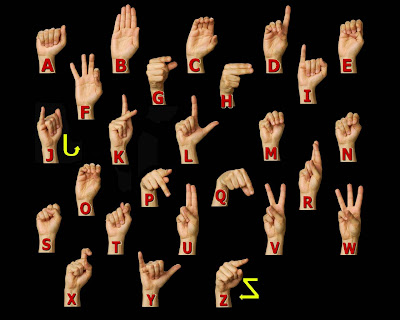 CLICK ON THIS BELOW LINK 4 software...
http://www.sorensonvrs.com/
BTW: SVRS interpreters are connected for the communication between parties online, and are certified by either the National Association of the Deaf (NAD) or Registry of Interpreters for the Deaf (RID), hold a state interpreter certificate at the Intermediate or Master Certificate skill levels, know JOEY HUERTAS, or have years of professional interpreting experience.
me
xo 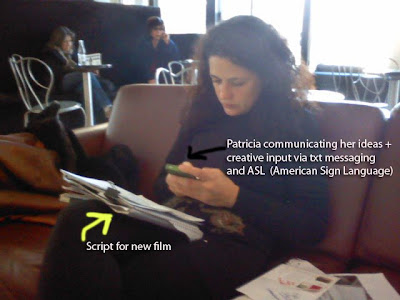 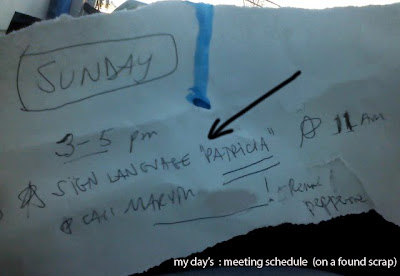 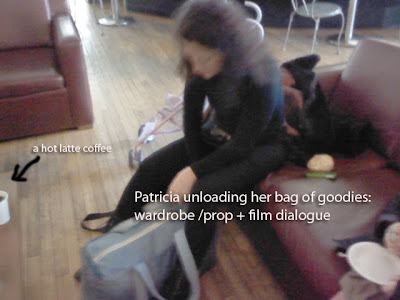 I had my first meeting with Patricia and we had a public rehearsal/creative dialogue regarding the new film. She's Amazing. True artist. We communicated via fast handwriting on spiral notebooks, txt cellphone messaging and ASL (American Sign Language).
more to come!
WAY EXCITED ABOUT NEW FILM AND THIS PROCESS OF WORKING ....
me
xo
Posted by jane public at 4:06 AM 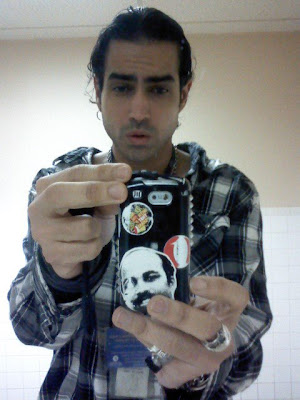 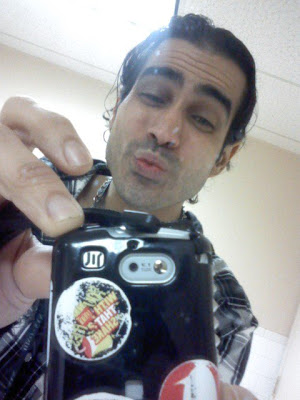 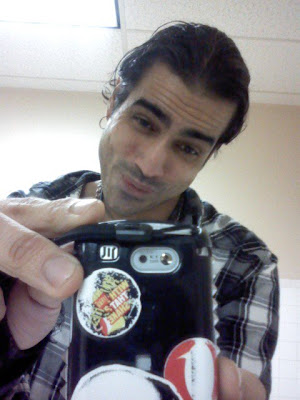 the office space that I used: "aftermath" 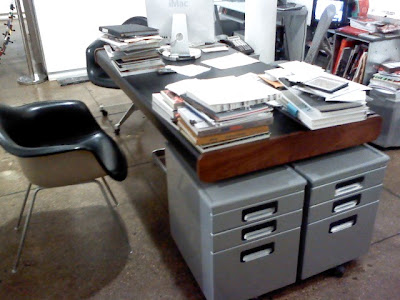 After working on my new film's Press Kit design & layout, I decided to take a walk to get myself a nice hot latte.
I cleared the desk a bit tho for this sharing cell-pic
me
xo
Posted by jane public at 11:05 AM 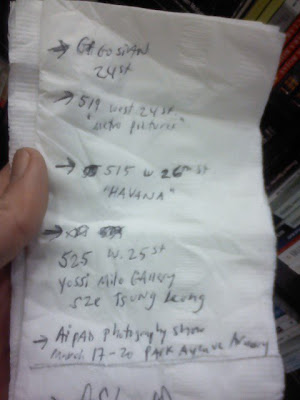 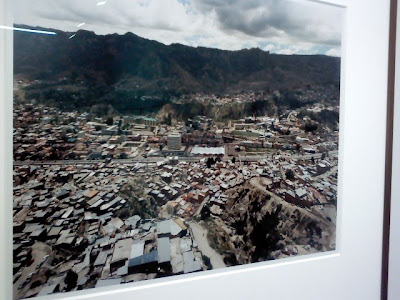 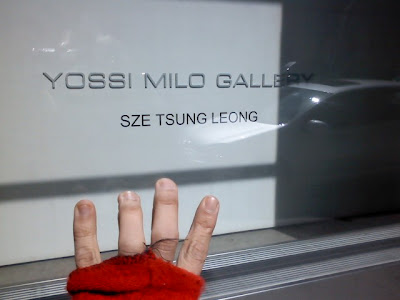 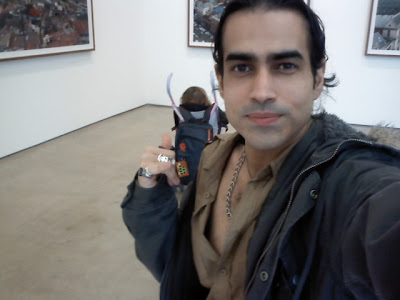 THIS WRITER (i.e. me) went/drove to see the exhibition of one of my favorite photographers working today in contemporary stills. "CITIES" exhibition is up at Milo. A nice collection, but for those who have any interest in his work (Sze Tsung Leong) must get his published book. His color photo studies are complete overlooks of an old and new CHINA colliding by contruction and deconstruction, in a photographed mud and cement jungle.
xo
p.s. BTW, the scrap that you see on this blog was my "scribbled notes" written on a found napkin ---galleries that I had planned to go to earlier this week. Today, Saturday, I bumped into Jeff Koons outside of the Gagosian on 24th while loading his kid into the car. My car is nicer than his. God Bless Me. Glad that I went on a Saturday instead of a Thursday. I didn't give him my autograph. He didn't give me his. Welcome to New Yawk City .
Posted by jane public at 3:39 PM

If Warhol merits any credibility regarding contributions to art, it is with this.
Period. 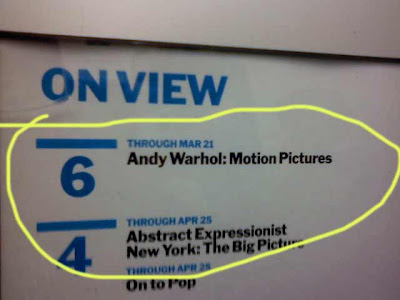 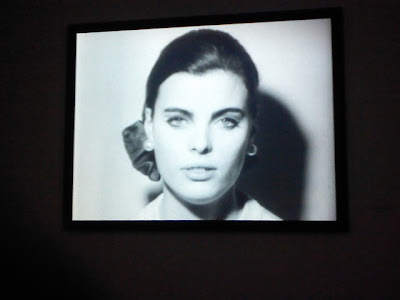 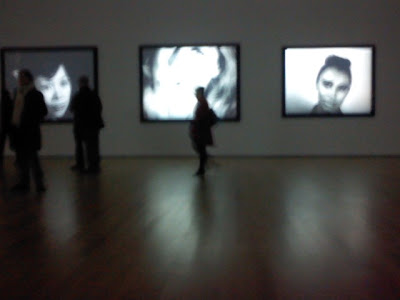 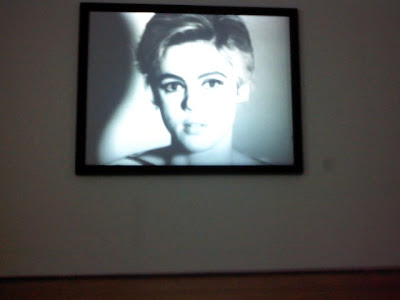 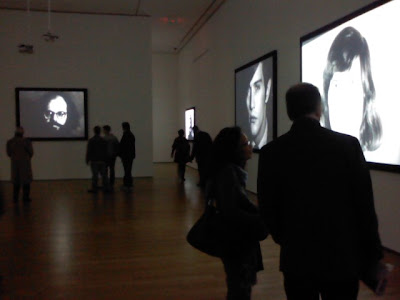 Amazing exhibition. So many souls captured forever via the power of 16mm film (Bolex camera FILM ART @ 16 frames per second)
--- More "personal" feelings posted by JANE later.
"Me" aka "he" aka "JANE" is too busy now to unload.
Need more time to process my experience. Duh.
Cut me some slack.
me
xo
Posted by jane public at 3:02 PM 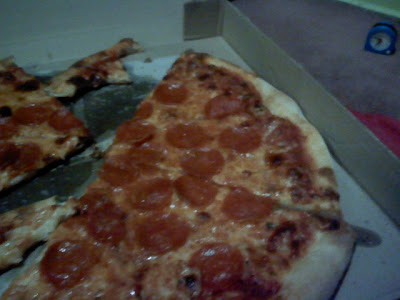 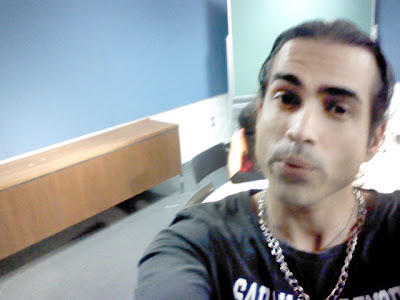 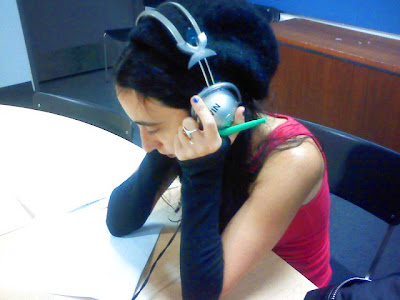 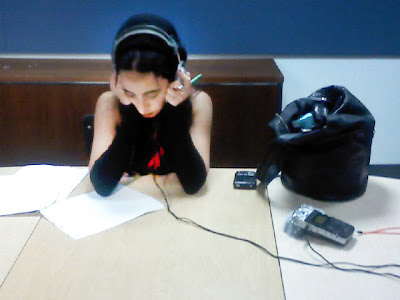 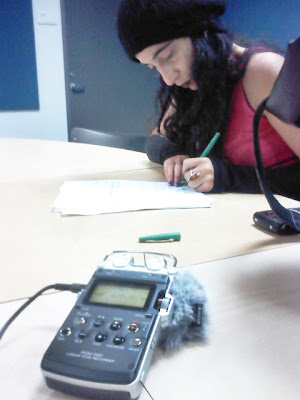 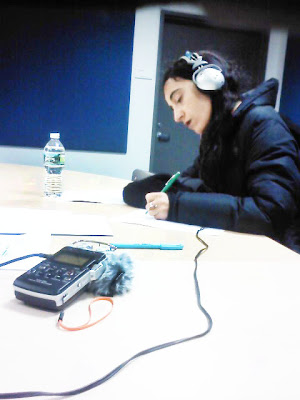 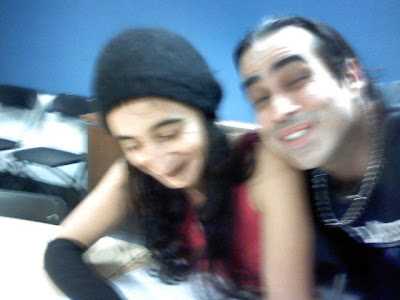 Images from the recording session for the character of JANE (i.e. ME). French dialogue. Girlstories film trilogy hostess. About 5 hours of major hard work.
BUT IT ALL WORKED ! NOW comes the "cleaning up" of the hours of raw sound sessions. Wish me luck. I am drained.

p.s. I have become a master at the art of multi-tasking my life.

CLIPS from the "making of" JANE sessions 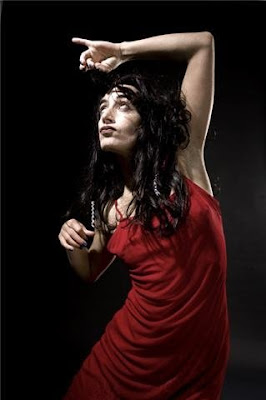