in the public library. (thinking/working) 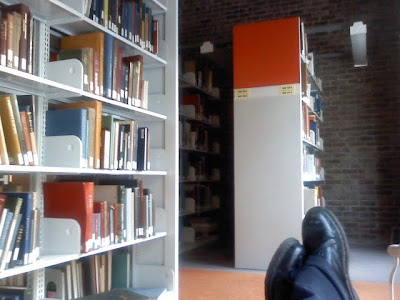 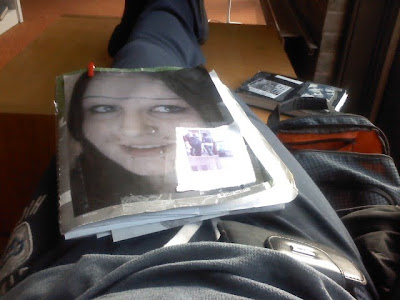 my scrapbook. my cellphone: battery almost dead. my plotting & planning next film storyline.
Posted by jane public at 1:00 PM 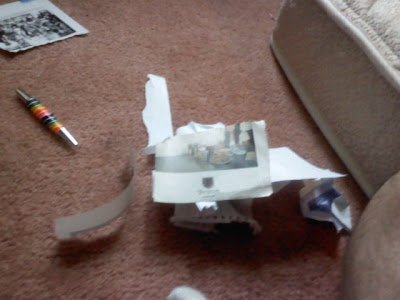 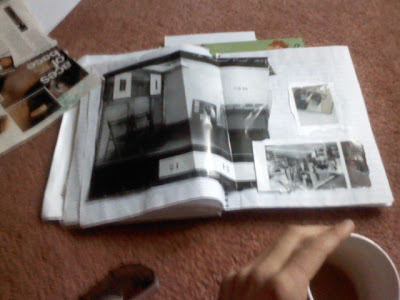 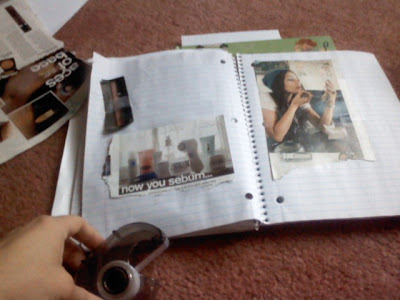 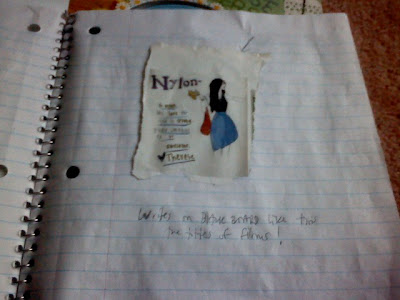 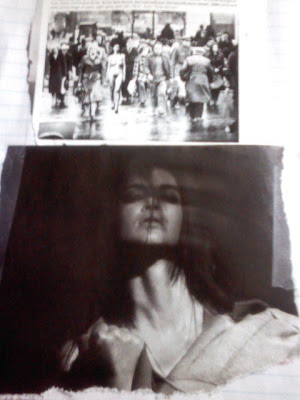 -These (images seen above this text) are a few crap-cell-fone images taken by ME (myself) this morning as I am preparing to write my new script.

-These scraps have been part of a massive collection of ideas gathered over many months.

-The goal here is to review these images, interpret a structured narrative from the "presumed" reasons why these images compelled me enuff to gather them (i.e. tear-them-out), and then I will begin to write a story (in some random public library).

METHODOLOGY USED FOR SCRIPT DESIGN: Torn scrap pictures that will be scotch-taped to a cheap spiral notebook and then I use a fun pen that will unfortunately by "running out of ink" . This will all dictate the foward action of the script's narrative that I will ultimately be responsible for executing.


That's it.
Have a nice lunch.
TTFN for now.

p.s. I took a nice soapy shower. I did all of my laundry. and I just looked into the public library restroom mirror. I look greeat. I hope that you ALL do too.

clip from nominated film, "IN THE NAME OF" 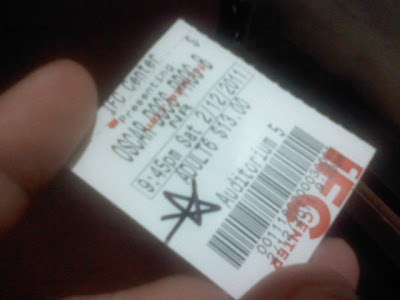 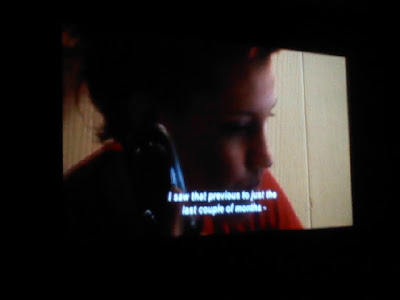 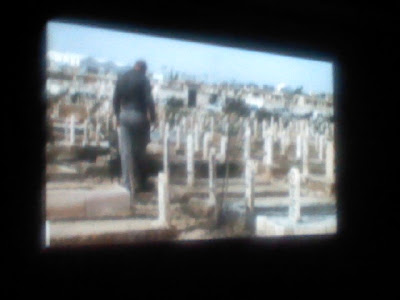 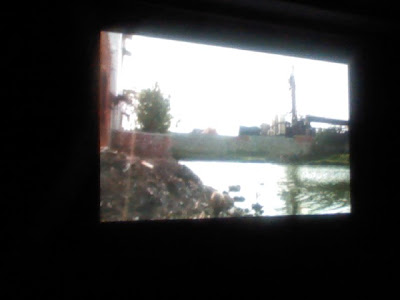 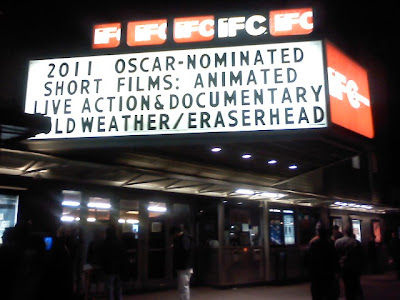 LAST NIGHT I SAW ALL OF THE SHORT FILM DOCUMENTARIES THAT HAVE BEEN SELECTED AND NOMINATED FOR 2011 OSCARS. I paid for 3 of the selections. Snuck into the other 3. Was given complimentary popcorn. I paid 5 bucks for a diet coke with Xtra ice. So now, let me (us) begin.

Amazing films. Well maybe 'amazing' is the wrong word. Powerful pieces. Totally made me realize that true documentary cinema now resides in the 'shorts' film genre. Sad that so much of the public does not get exposed to these important works by true artists. True ACTIVISTS.

* I ate mussels at a french bistro after I watched all the films. From 1am till 2 am. A live crap jazz band with a pack of drunk blondes urging for a rendition of Lionel Richie's 'All Night Long'. They got thrown out before I finishes dipping my bread into the white wine sauce bowl...Not that you care to hear these details.

So, back to Janey's movienight

Iraq, suicide bombers and environmental global warming. That is what I subjected myself to.
That night. Last night. Let me continue to explain some more.

'POSTER GIRL' was my favorite piece. It should, and will, win the Oscar competition race.
The film follows the story of a girl who enrolled in the military, was sent to IRAQ, forced into combat, and returned home a different and permanently disturbed person with PTSD (POST TRAUMATIC STRESS DISORDER).
A busmans holiday for me (aka jane, aka joey) , but I was glued to my seat. It was amazing to hear that VA assistance for those who 'served' remains like it was for the VIETNAM VETERANS, BASICALLY LIKE BEGGING FOR FOOD STAMPS!
***other recommendations from the nomination roster:
- THE WARRIORS OF QIUGANG USA/39 MIN 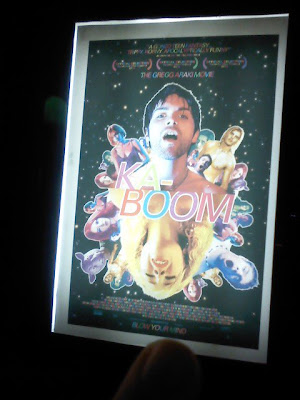 Saw Araki's new film KABOOM last nite. Was not his strongest work, good visual casting. Messy story filled with a potpourri of usual Araki stuff. The film had its strongest moment sometime in the middle. A character abruptly claims that the end of cinema /death of cinema is approaching. Scary thought, as I have had this conversation on more than one occassion in the past 6 months with associates. Then Araki has literal moment of clip from a Bunuel classic of the eye getting slashed across the screen. I felt devastated at the idea that cinema may soon be at its final days of pure extinction ....why???... people don't wanna go out and experience public cinema due to smart phones amd compact forms of modern technology.
That said, today I remember the gasp of the crowd when the cut of 'Un Chen Andelou' blasts across the big screen. It begs reaction. Today, I feel that there may still be Hope.
Posted by jane public at 10:20 AM