My writtten work for public readings 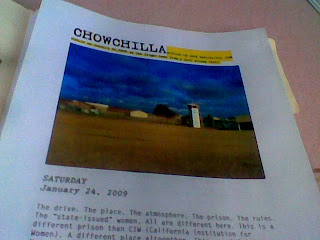 I am currently working on my written pieces/works for public readings .

I am excited and will document my process.
Posted by jane public at 6:17 AM 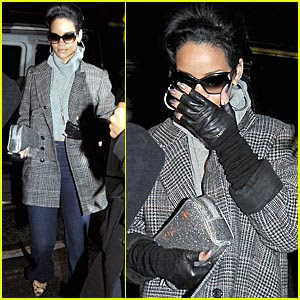 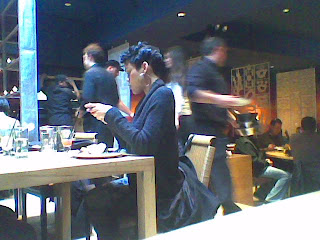 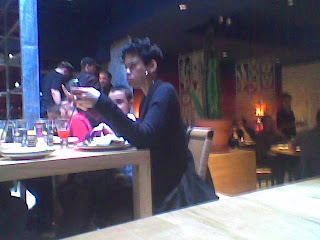 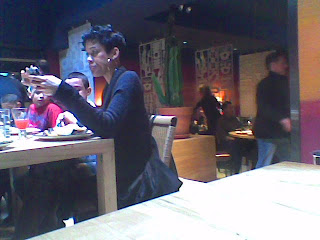 ok, it's been awhile. but i am BACK for the attack!
i was walking to eat lunch at my fav SOHO joint and there is TED DANSON tryin' to hail a cab. i didn't wanna blow all my cell battery on him, but watched his walk, thought him to be a bit older than tv portrays him, and tried to think back at the good ole days of CREEPSHOW! and his head buried in the sand by Leslie Nielsen.
So, within' 15 minutes i get seated. i turn to my left, and alas, it's RIHANNA !!!!! NOW THAT's THE STUFF WORTH BLOWING UR CELL BATTERY ON!! There she was sittin', no "umbrella", and without any bruisemarks from the Chris Brown beatdown.
it was a wonderful Paparazzi lunch for me. it had been awhile. ENJOY. 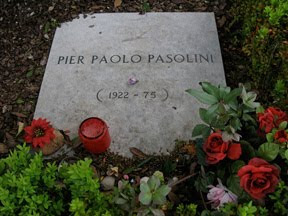 Jane wanted to know (after enduring the meandering 38 min. "doc" covering the life of controversial film legend Pier Passolini. if a RIOT was in order.
Pier challenged the status quo led orquestrated his murder. Shouldn't a work meant to re-introduce the tragedy do the same?
Posted by jane public at 5:49 AM

ruth gruber (journalist with a PhD by 20) 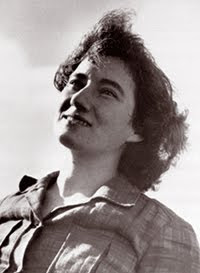 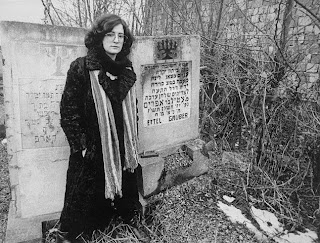 Unemployed #DC man giving away $10 a day to strangers to help foster kindness.
http://bit.ly/d9mF55
Posted by jane public at 3:53 AM 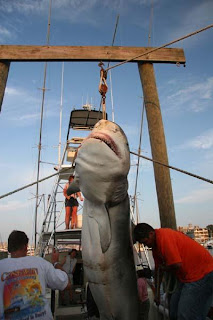 China, Japan, Russia and a handful of other countries are at the heart of a defeat of a proposal that would have benefited sharks by requiring increased transparency in the shark trade. Finning - the practice of cutting off just the fins of sharks and throwing the rest of the shark, often still alive, back overboard for a slow death and wasteful treatment of a food source - is responsible for killing somewhere between 40 million and 100 million sharks per year (the latest estimate from Oceana is 73 million per year). No one really knows because the practice isn't well tracked, and is often done illegally. So while the species collapses, the members of the UN meeting on shark conservation debate and ultimately make zero progress to protect one of the most important animals in our oceans. The defeat of this measure - far less controversial and easier to enforce than others on the table at the week-long meeting - is a bad sign for our oceans, and us.

CBS News reports that the nonbinding measure simply called for increased transparency in the shark trade, as well as more research into the threat posed to sharks by illegal fishing. It needed two-thirds majority vote, but unfortunately supporters, including the US and European Union weren't able to drum up enough votes.

The critics said it would be harmful to poor nations, however that is an intensely shortsighted view. Studies have shown that hundreds of millions of people depend on coral reefs for food an income - a roughly $172 billion dollar industry - and that healthy coral reefs are dependent on shark species. And we don't even need to get started on how important they are to healthy fisheries on which our fishing industry depends. In the long run, we absolutely need sharks, but we can't even pass a measure that requests more transparency in their trade.

It's no surprise that China is a critic of the measure - it is, after all, home of shark fin soup. Hong Kong alone imports around 10 million kilos of shark fin annually from up as many as 87 different countries. It'd be an economic hit to the country to be more diligent about shark fin trading...but only on the short term. Without strong measures, there will very, very soon be no sharks at all left to trade.
Posted by jane public at 4:03 PM 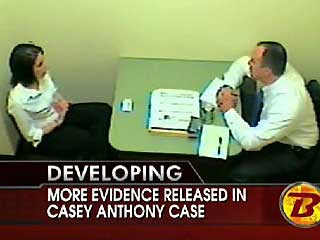 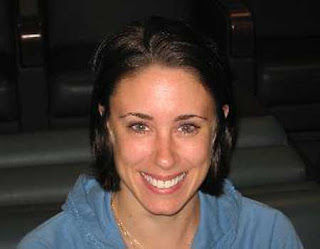 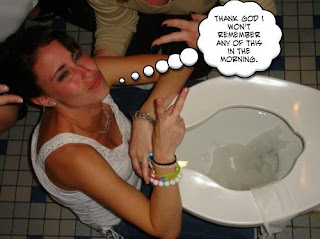 As a social worker, I am a born and trained "forgiving" person. Life experience has taught me the gravity, and the evil, that exists regarding personality disorders (i.e. Sociopaths). These sick and self-serving damaged human beings inflict devastating terminal harm to others without any sense of remorse or accountablity. I have never felt so strongly about the need for justice regarding this evil "pathology" until now that I see the continued wicked lack of remorse for the death of an innocent toddler child. By the hands of a "MOTHER"! I hope society learns from this terrible tragedy, because I do not see Ms. Anthony learning anything at all (nor does the media who pays money to encourage the marketable deceit).
http://www.aolnews.com/crime/article/abc-news-paid-casey-anthony-200000/19407085?icid=mainhp-laptopdl1link1http%3A%2F%2Fwww.aolnews.com%2Fcrime%2Farticle%2Fabc-news-paid-casey-anthony-200000%2F19407085 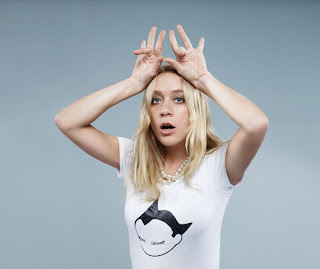 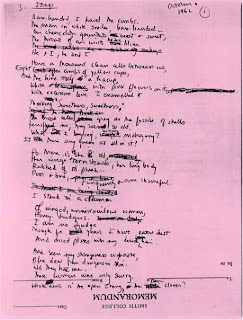 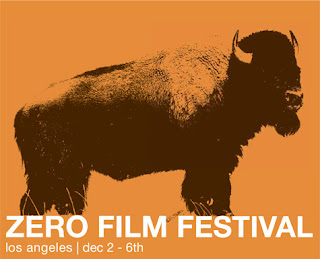 http://www.zerofilmfest.com/
Posted by jane public at 3:39 AM 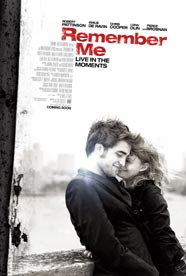 Well, i just walked in from seeing, "REMEMBER ME" and am still emotional. This film went beyond anything i was expecting. extremely moving. incredible acting. great cinematography.
the ending was out of left field. and i am still recovering. HIGHLY RECOMMEND THIS MOVIE TO ALL (meaning me. i gotta go see it again)
Posted by jane public at 7:20 PM 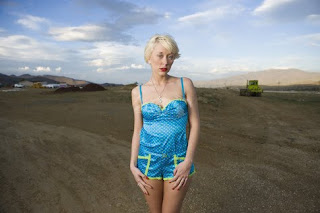 Karl Rove's new book, "Courage and Consequence" has been released. 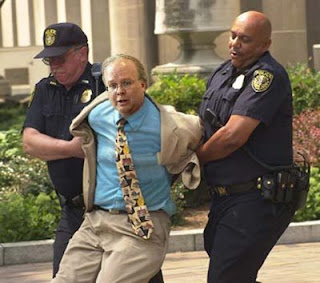 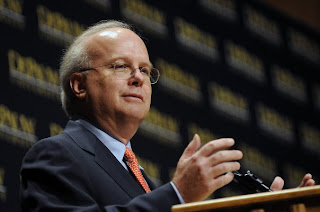 The book is an interesting self-reflection and consistent with Rove’s overall political strategy, which he described as “never explain, never apologize, never retreat.”


P.S. Janey recommends this read. Don't ask me (i.e. I) why exactly, just reflect upon personal situations that required immediate clever savvy and ...trust me. LEARN from the masters. 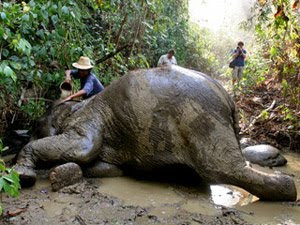 By making/shooting my new film, 'HOMEWRECKA" i learned about the plight of elephants in Thailand. My actress has a sister who devotes her life and runs a sanctuary to protect and heal desperate elephants. When she gave me the website and info it blew me away. i immediately felt a desire to learn more and help somehow with the problem...here's one link, of many, to learn more about this creature and its universal mistreatment...
http://www.blesele.org/how-to-help/in-appreciation 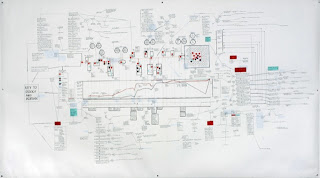 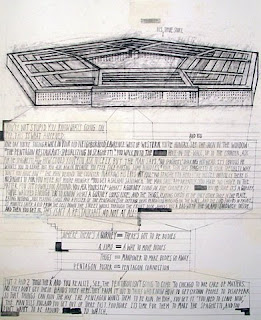 I like her work (deb sokolow), for a variety of reasons.
it seems almost like concentrated ideas blown up from an artist's sketchbook.
i will go to THE ARMORY SHOW this weekend and think about this work in relationship to other contemporaries.