The importance of coffee. 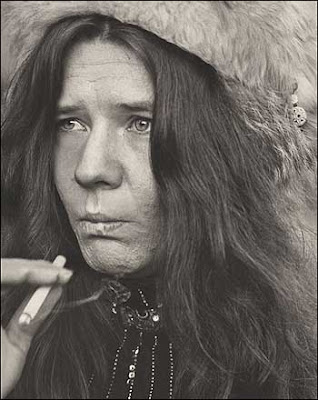 The Coffee Gallery went through some colorful times, but it was always bohemian to its core. Before life as The Coffee Gallery, it was known as Miss Smith's Tea Room, capturing younger generations of Beat pursuits. By 1954, it was The Coffee Gallery and it was under this name, in 1963, when country-blues hopeful Janis Joplin sang a cappella to earn money and make a name for herself. She was joined by Jorma Kaukonen on occasion and met fellow performers and future band mates Peter Albin and Jim Gurley there as well. The Coffee Gallery trickled away in 1980, was renamed The Lost and Found Saloon and finally became Maggie McGarry's pub in 2006.
While not much remains of the original coffee house, the regular live music, beer and jubilant atmosphere keep those Joplin memories alive. The pub is open most days from 11 a.m. to 2 a.m. Head out for a pint, and while you're there, take a moment to recall her rendition of "Bourgeois Blues." bye.