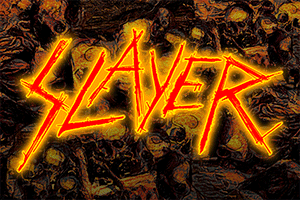 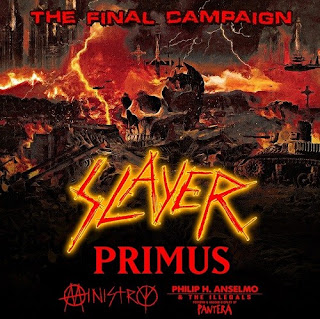 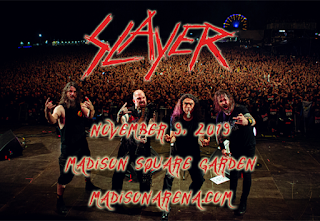 click PLAY for a few iPhone show clips before my phone battery died....

I gotta say that I had never seen Slayer live before, and so much of my drumming and musician life had Slayer decorated all over it (Lamb Of God ended up even touring with Slayer), but damn damn damn if this show wasn't really something else. Unforgettable. The show was at Madison Square Garden- SOLD OUT, and a stage-fire-blazing pyrotechnic hellfire that was not only enormous in scale and crazy lighting decor, but just seeing these older guys so happy just being up their playing their music and so clearly passionate about playing their music- something rare these days with bands this huge in success as most get lazy and obviously just do it for the paycheck. Their final goodbye was pretty sad, as they simply walked around the stage for about 10 minutes -drifting from side to side -saying goodbye to everyone before walking off into a backstage abyss. Also, was strange to see singer Tom Araya unable now to bang his head to his music, as after doing this for so many years ended up permanently ruining his neck vertebrae and having to have steel rods surgically placed into his neck. This show was not just good, it was seriously Epic - and I didn't expect it to be at all. 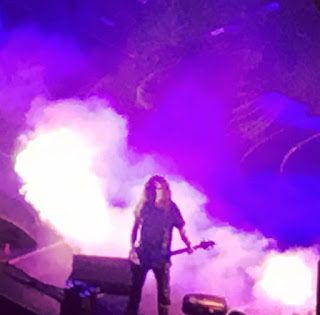 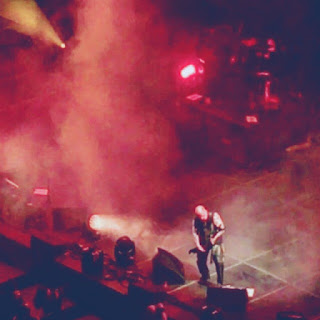 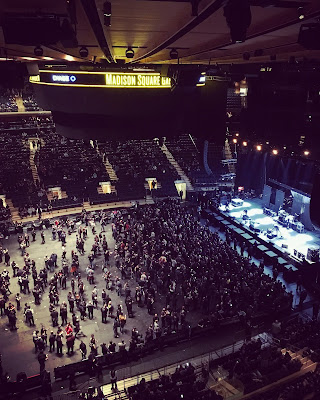 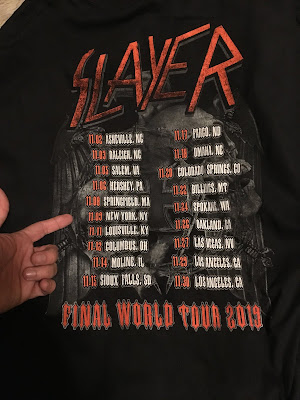 Slayer are truly are now a part of music history as they now depart from performing ever again. I expect to see their t-shirts being sold at Forever 21, Target and Walmart till the day I drop dead. They did it, after so much hard work for years, and should be proud. Retire on brothers. bye. 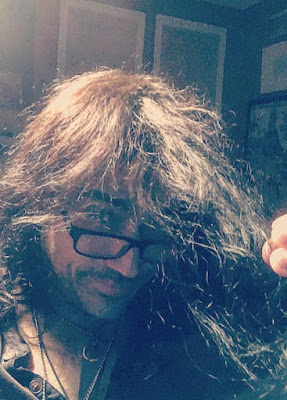