The Purchase College community is profoundly saddened to learn of the passing of artist, mentor, friend, and former professor Antonio Frasconi on Tuesday at the age of 93... 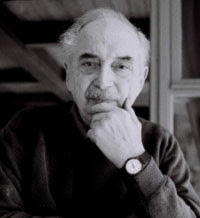 The Purchase College community is profoundly saddened to learn of the passing of artist, mentor, friend, and former professor Antonio Frasconi on Tuesday at the age of 93.

Frasconi began teaching printmaking at Purchase in 1973 at the age of 53. In 1983 he earned the SUNY Chancellor’s Award for Excellence in Teaching and further achieved the rank of Distinguished Teaching Professor of Art+Design in 1986, an honor bestowed by SUNY that recognizes and rewards its finest and accomplished faculty for “consistently superb teaching.” 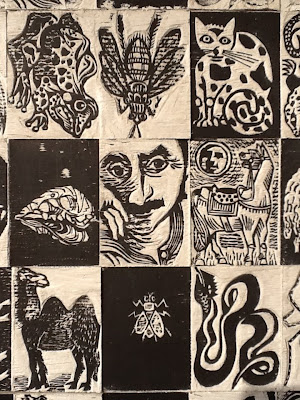 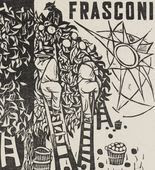 Born in 1919 in Argentina to Italian parents, Frasconi grew up in Montevideo, Uruguay. He began his career as a political cartoonist there, then moved to the United States at age 26. Much of his work maintained a social conscience and political edge as he rose to become the most prominent woodcut illustrator of his generation.

R.I.P. Antonio, Joanne Sclafani loved and admired you so much.
Joey

~ This will be the film's first screening in New Jersey ~

NICE PEOPLE
Dysmorphia of Self

The Old Bridge Public Library screens three films in their upcoming Filmmaker's Showcase followed by Q&A with the filmmaker and dancer, on Saturday, January 12, 2013 at 1:30pm, 1 Old Bridge Plaza, Old Bridge, NJ 08857. The program is FREE to the public and consists of three shorts: Between Here and the Shore, a meditation on time and place, NICE PEOPLE, a documentary on a dancer who suffers from Body Dysmorphic Disorder, and Earth Angel, a rock rendition of the ‘50s classic ballad.

Joey Huertas a.k.a Jane Public, social worker, activist and award-winning filmmker, noted for his raw portrayals of real, everyday people caught in private, heart-wrenching sagas of pain and hope, illumines via the individual, the universal human quest for healing and love in a stripped-bare and surreal film style imbued with deep compassion and textural beauty. 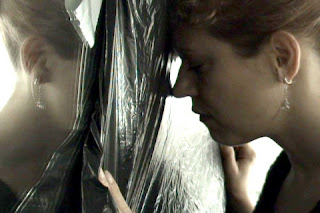 Huertas’s films are shot on actual film, are made with a spirit of social activism and feature profoundly intimate sound tracks plucked from the subjects' lives-- interviews, confessions, psychotherapy sessions and self-spoken laments of the soul coupled with music and the filmmaker's own soundscapes that come and go, giving voice to the previously unheard and unseen, resulting in cinematic vignettes that are at once tragic, life-affirming and breathtaking.

Huertas’s 2008 film, Nice People, stands as one of his bravest and most remarkable films, documenting the true story of a dancer suffering from body dysmorphic disorder and her battle against external and internal forces that make her life a living nightmare and an agonizing plea for self-acceptance.

David Marc of the Syracuse International Film Festival wrote of Nice People that, "neither the film nor its technique are for the faint of heart." 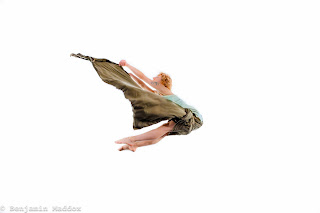 The film zeros in on existential and body-image issues, many of which are often experienced by female dancers, journeying the viewer through dark emotional terrain: the relationship to one’s body, distorted body image, intimacy between self and other, self-acceptance, disconnection and separateness, pressure to conform, parental emotional abuse, perfectionism, psychological torment and self-hatred. Within the darkness however, there persists a sustained tenderness and reverence on the part of the filmmaker, cloaking the lone female subject as if protectively, in her brutal nakedness.

The dancer of the film will be present for the post-screening Q&A session.
"It is my great honor to represent this film and to speak from the perspective of a dancer and female."

Note: A humanitarian at heart and artist for a cause, Joey Huertas will be the featured film artist selected by Syndicated Radio to participate in a live interview in Havana, Cuba with famed award-winning activist and blogger, YOANI SANCHEZ, on January 11, 2013.

The program is FREE to the public